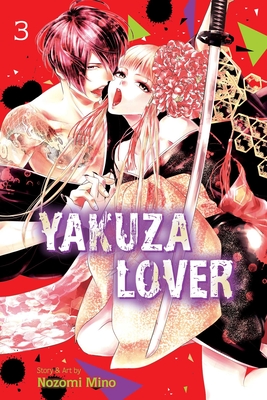 When a feisty college girl falls for a yakuza boss, she gets swept into a steamy and dangerous love affair.

When feisty college student Yuri is attacked at a party, she’s saved by Toshiomi Oya, the underboss of a yakuza syndicate. Despite her obvious attraction to him, she convinces herself that she’s not in the market for a bad boy type. But when they meet again, she finds herself irresistibly drawn to him—kicking off a steamy and dangerous love affair that threatens to consume her, body and soul.

Reunited at last, Oya and Yuri savor their first night back in each other’s arms by making love until Yuri passes out from exhaustion. Later, Yuri returns to her normal life in Japan, but it isn’t long before Oya comes to whisk her away. When he takes her to a private villa, Yuri believes it’s so the two of them can get a second chance at a carefree summertime romp together. But it soon becomes clear that Oya has something else on his mind.

Nozomi Mino was born on February 12 in Himeji, Hyogo Prefecture, in Japan, making her an Aquarius. She made her shojo manga debut in the May 2006 issue of Cheese! with “LOVE MANTEN” (Love Perfect Score). Since then, she has gone on to publish numerous works, including Sweet Marriage, Wagamama Otoko wa Ichizu ni Koisuru (Selfish Guys Love Hard), and LOVE x PLACE.fam. Her hobbies include going on drives and visiting cafes.