Home » Events at the Library
Back to top 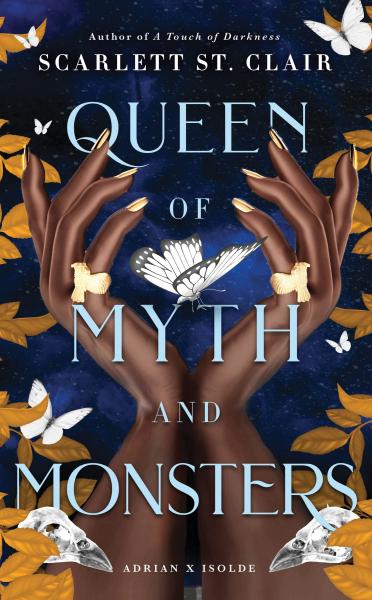 Join us on the Winter Solstice for a special meet and greet with Scarlett St. Clair in celebration of the release of the highly anticipated QUEEN OF MYTH AND MONSTERS, the second book in the Adrian X Isolde series.

This event will take place at Spencer Road Library and include snacks, sips, and stories, as well as a book signing with Scarlett.

We would greatly appreciate the purchase of a copy of QUEEN OF MYTH AND MONSTERS in order to join the signing line.

About QUEEN OF MYTH AND MONSTERS:

Isolde, newly coronated queen, has finally found a king worthy of her in the vampire Adrian. But their love for each other has cost Isolde her father and her homeland. With two opposing goddesses playing mortals and vampires against one another, Isolde is uncertain who her allies are in the vampire stronghold of Revekka.

Now, as politics in the Red Palace grow more underhanded, inexplicable monster attacks plague the villages, and a deadly crimson mist threatens all of Cordova, Isolde must trust in the bond she's formed with Adrian, even as she learns troubling information about his complicated past.

We hope to see you there!

When Stars Come Out (Paperback)