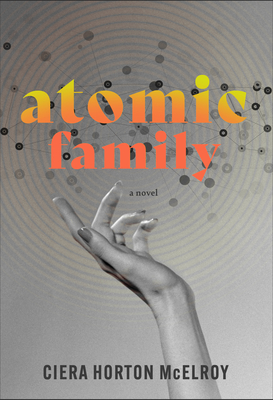 A South Carolina family endures one life-shattering day in 1961 in a town that lies in the shadow of a nuclear bomb plant.

It's November 1, 1961, in a small town in South Carolina, and nuclear war is coming. Ten-year-old Wilson Porter believes this with every fiber of his being. He prowls his neighborhood for Communists and studies fallout pamphlets and the habits of his father, a scientist at the nuclear plant in town.

Meanwhile, his mother Nellie covertly joins an anti-nuclear movement led by angry housewives--and his father, Dean, must decide what to do with the damning secrets he's uncovered at the nuclear plant. When tragedy strikes, the Porter family must learn to confront their fears--of the world and of each other.

Ciera Horton McElroy (b. 1995) was raised in Orlando, Florida. She holds a BA from Wheaton College and an MFA from the University of Central Florida. Her work has appeared in AGNI, Bridge Eight, Iron Horse Literary Review, the Crab Orchard Review, and Saw Palm, among others. She currently lives in St. Louis with her husband and son.