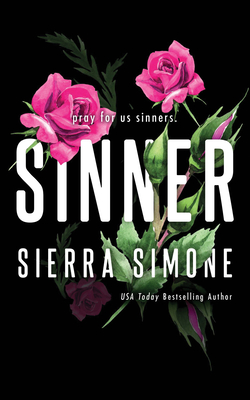 He leads a life of sin, and she's committed to a life of virtue.

Sean Bell is not a good man, and he's never pretended to be. He doesn't believe in goodness, God, or any happy ending that isn't paid for in advance. There are words for men like him: playboy. Womanizer. Skirt-chaser. Sinner. When he meets a gorgeous college girl at a fundraiser, he has no problem telling her exactly what filthy things he wants to do to her—until he realizes she's his best friend's little sister, Zenobia "Zenny" Iverson, all grown up. Worse than that…she's also about to become a nun.

Zenny, though, isn't looking to play it safe during her final month of freedom. She wants to make sure choosing God is the right path, and to do that, she propositions Sean to show her every carnal temptation she's leaving behind. Unable to refuse, Sean finds himself falling for her, body and soul, and questioning not just the morals he's dodged for years, but his relationship with the God Zenny has pledged herself to. The only problem is…what if Sean wants Zenny to choose him instead of Him?

Sierra Simone is a USA Today and Wall Street Journal bestselling former librarian (who spent too much time reading romance novels at the information desk). Her notable works include Priest, American Queen, and Misadventures of a Curvy Girl, and her books have been featured in Marie Claire, Cosmopolitan, Entertainment Weekly, and Buzzfeed. Sierra lives with her husband and family in Kansas City.