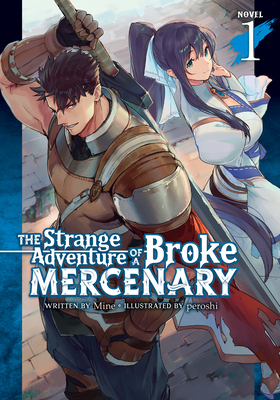 A gritty swords and sorcery tale of a veteran mercenary who must start anew after he loses his old company--and don't miss the manga adaptation, also from Seven Seas!

One by one, the mercenaries who raised Loren fell in a terrible, bloody battle. The lone survivor in a hard world with only his wits and his sword to his name, Loren hires himself out as an adventurer. His new party, however, proves all too willing to run headlong into danger using him as their meat shield. Only Lapis, the party’s sly priest, sees his true worth, just as Loren sees hers. They must rely on each other, or else neither of them will live to see the end of their first adventure.

Mine is a Japanese light novel author best known for The Strange Adventure of a Broke Mercenary.

Peroshi is a Japanese artist best known for the light novel illustrations in The Strange Adventure of a Broke Mercenary.