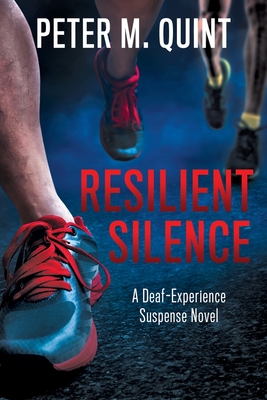 Set in futuristic Washington State, two brothers-separated by grief at the loss of their father but thrown together by similar personal experiences-strive against their own desires to seek freedom from what traps them.

Young Julius McLellan navigates his silent world with curiosity and perseverance, but he is driven to anger and frustration when his friends and teachers don't seem to understand the oppressive struggles against a lack of communication in the Deaf world. In high school he throws himself into sports, particularly track. If he can make an impression using his athletic talent, then maybe people will respect him. He clings to his faith, his church, and his best friend, Amy, who is instrumental in helping him. What he doesn't realize is that his decisions are a catalyst for forming a closer relationship with his distant and inaccessible older brother.

Teenage Jeremy McLellan is angry when their father dies, his younger brother becomes ill, and his family relocates to a new town. Any sign of weakness in others infuriates him, including his little brother's hearing loss. Driven by a sense of purpose and direction, he joins the military as a border patrol agent. A series of horrific events causing increased death and loss sends Jeremy on a downward spiral into depression. He retreats deeper into rage and psychosis, which leads him down a destructive path.

But when the brothers' common passion for running brings them together in the Bloomsday race, will it be enough to reconnect them, help them recover from their traumas, and show them that understanding and vulnerability are key for their freedom in resilient silence?