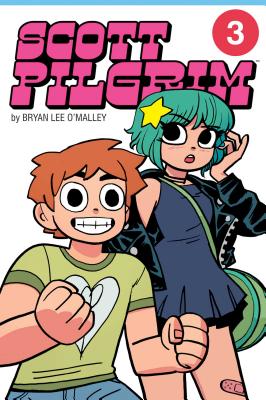 The New York Times bestselling series and basis for the movie Scott Pilgrim vs. The World is now available in a new softcover format! This third compendium collects both Scott Pilgrim vs. the Universe and Scott Pilgrim's Finest Hour color edition story pages in one massive volume for maximum value. Get your hard-earned money's worth! Is Scott Pilgrim dating Ramona Flowers? Sometimes it's not exactly clear. And he's still got three evil exes to defeat, two of which are twins Kyle and Ken Katayanagi (along with their murderous robots). But it's the final evil ex Scott is really afraid of: Gideon Graves (rich, powerful, mysterious). Scott is clearly outmatched, and when he loses it all, will he have the strength to keep fighting?

Bryan Lee O'Malley is a Canadian cartoonist best known for the bestselling, award-winning Oni Press series "Scott Pilgrim" (2004-2010). "Scott Pilgrim" was adapted into a critically-acclaimed major motion picture (from Universal) and video game (from Ubisoft) in 2010. O'Malley lives in Los Angeles, where he continues to make comics.