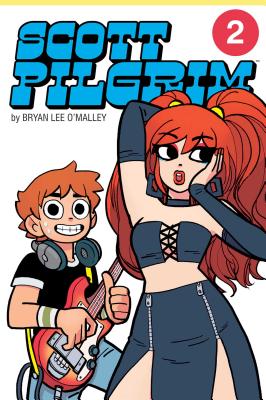 The New York Times bestselling series and basis for the movie Scott Pilgrim vs. The World is now available in a new softcover format! This second compendium collects both Scott Pilgrim and the Infinite Sadness and Scott Pilgrim Gets It Together color edition story pages in one massive volume for your convenience. Don't say we never did anything for you! Scott Pilgrim is dating Ramona Flowers, but he's still fighting his way through her seven evil exes. And now, one of his own evil exes has shown up: Envy Adams, who's dating Ramona's third evil ex, Todd Ingram (actual famous bass player guy). And if that's not enough, Ramona's fourth ex is Roxy Richter (ninja, not famous). As the exes get more powerful, can Scott level up and defeat them?

Bryan Lee O'Malley is a Canadian cartoonist best known for the bestselling, award-winning Oni Press series "Scott Pilgrim" (2004-2010). "Scott Pilgrim" was adapted into a critically-acclaimed major motion picture (from Universal) and video game (from Ubisoft) in 2010. O'Malley lives in Los Angeles, where he continues to make comics.