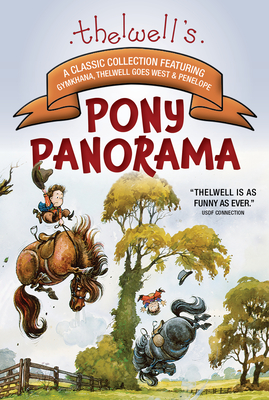 A classic collection from the original horse humorist with over two million books in print.

Those new to Thelwell will fall in love with his uniquely irreverent-yet-informative view of the equestrian world, while long-time enthusiasts can indulge in a delightful dose of equine-friendly nostalgia. Sure to please anyone with a pony-littered past or a horse-crazy present.

In 1952, Norman Thelwell penned his first cartoon for the satirical British magazine Punch, renowned internationally for its wit, irreverence, and for publishing the world's best comic writers and poets. This led to a relationship that lasted for 25 years and over 1,000 cartoons, including 60 front covers. Thelwell was a master of sharp social comment and sheer zany humor, and his 34 books have sold millions of copies worldwide and have been translated into numerous languages. He lived the last years of his life near Romsey, England, and died in 2004 at the age of 80 (thelwell.org.uk)