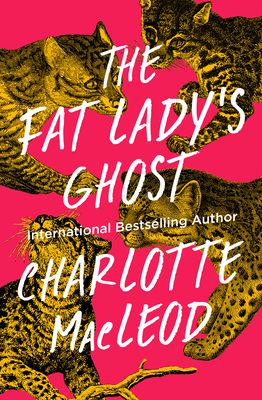 A young art student catches a thief--and finds her soul mate--in this charming, early YA novel from the million-selling "mistress of the 'cozy' mystery" (Los Angeles Times). Possessed of cool common sense and burning ambition, nineteen-year-old Corin Johansen leaves home to attend a prestigious art school in Boston. But Corin never met anyone back in Proctor's Crossing, Pennsylvania, like the larger-than-life landlady at her new boardinghouse. A former circus star known as Daring Dina who trained lions and leopards under the big top, Madame Despau-Davy now contents herself with teaching her four beloved pet ocelots tricks in the kitchen. Corin soon learns the boardinghouse kitchen is supposedly haunted by the ghost of the Fat Lady from the circus, Dina's old friend Rosie Garside. Corin is skeptical, but when she cooks, she can't shake the feeling she's being watched. The tall redhead has also caught the eye of some of the young male boarders: playboy Jack Banks and standoffish but gifted art student Alex Bodmin. When Corin discovers jewelry hidden in the haunted kitchen and hears the real story of how Rosie met her demise, she begins to suspect one of them may be a jewel thief--and possibly a murderer.

Charlotte MacLeod (1922-2005) was an international-bestselling author of cozy mysteries. Born in Canada, she moved to Boston as a child, and lived in New England most of her life. After graduating from college, she made a career in advertising, writing copy for the Stop & Shop Supermarket Company before moving on to Boston firm N. H. Miller & Co., where she rose to the rank of vice president. In her spare time, MacLeod wrote short stories, and in 1964 published her first novel, a children's book called Mystery of the White Knight. In Rest You Merry (1978), MacLeod introduced Professor Peter Shandy, a horticulturist and amateur sleuth whose adventures she would chronicle for two decades. The Family Vault (1979) marked the first appearance of her other best-known characters: the husband and wife sleuthing team Sarah Kelling and Max Bittersohn, whom she followed until her last novel, The Balloon Man, in 1998.