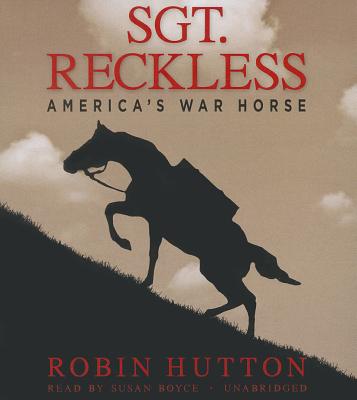 This is the complete and captivating account of how a would-be Korean racehorse became one of the greatest Marine Corps wartime heroes.Amid an inferno of explosives on a deadly minefield in the Korean War, a four-legged marine proved to be a heroic force of nature. She moved headstrong up and down steep, smoky terrain that no man could travail confidently. In a single day, this small Mongolian mare made fifty-one round-trips carrying nearly five tons of explosives to various gun sites. Sergeant Reckless was her name, and she was the horse renowned for carrying wounded soldiers off the battlefield and making solo trips across combat zones to deliver supplies.A widely celebrated national hero, Reckless was first featured in 1954 in the Saturday Evening Post and in 1997 when Life magazine published an edition lauding history's one hundred all-time heroes. Equine enthusiast Robin Hutton learned about Sergeant Reckless and spearheaded the effort to commission a monument at the National Museum of the Marine Corps in Triangle, Virginia, near the Marine Corps Base Quantico. In July of 2013, the statue was unveiled. A second monument is planned for Marine Corps Base Camp Pendleton in California, where Reckless lived out her days and is buried.Hutton has now written a fascinating full biography of Sergeant Reckless, who earned two Purple Hearts for her heroic efforts, among other military decorations. Hutton has spoken with the marines who fought alongside Reckless and tells the complete and captivating tale of how a would-be Korean racehorse became one of the greatest Marine Corps wartime heroes. Sgt. Reckless brings the legend back to life more than half a century later.