Sketches from a Hunter's Album (Paperback) 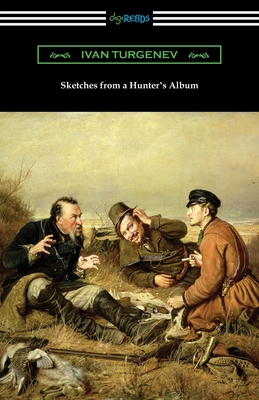 Generally thought to be the work that led to the abolishment of serfdom in Russia, "Sketches from a Hunter's Album" is a series of short stories, written in 1852, that gained Turgenev widespread recognition for his unique writing style. These stories were the result of Turgenev's observations while hunting all over Russia, particularly on his abusive mother's estate at Spasskoye. A definitive work of the Russian Realist tradition, this collection of sketches unveils the author's insights on the lives of everyday Russians, from landowners and their peasants, to bailiffs and mournful doctors, to unhappy wives and mothers. Turgenev captures their tragedies and triumphs, losses and loves in a set of stories that condemned the behavior of the ruling class. Considered subversive writing, Turgenev was confined to his mother's estate, yet his "Sketches" opened the eyes of many people of his time, proving him not only an artist but also a social reformer whose abilities ultimately affected the lives of countless Russians. This edition is printed on premium acid-free paper.