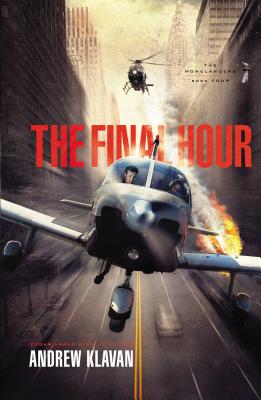 You're not alone. You're never alone.

Charlie West has held on to that belief, but now he's starting to wonder. He went to bed one night an ordinary high-school kid. When he woke up, he was wanted for murder and hunted by a ruthless band of terrorists. He's been on the run ever since. Now he's stuck in prison, abandoned by his allies, trying desperately to stay a step ahead of vicious prison gangs and brutal guards. And a flash of returning memory tells him another terrorist strike is coming--soon. A million people will die unless he does something. But what? He's stuck in a concrete cage with no way out and no one who can help. Charlie has never felt so alone--and yet he knows he can't give in or give up . . . not with the final hour ticking away.

"A thriller that reads like a teenage version of 24 . . . an adrenaline-pumping adventure." --TheDailyBeast.com (review of The Last Thing I Remember)