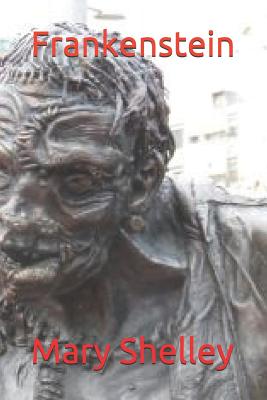 Mary Shelley, author of Frankenstein: or, The Modern Prometheus (1818), was the daughter of the radical philosopher William Godwin, who described her as 'singularly bold, somewhat imperious, and active of mind'. Her mother, who died days after her birth, was the famous defender of women's rights, Mary Wollstonecraft. Mary grew up with five semi-related siblings in Godwin's unconventional but intellectually electric household.At the age of 16, Mary eloped to Italy with the poet Percy Bysshe Shelley, who praised 'the irresistible wildness & sublimity of her feelings'. Each encouraged the other's writing, and they married in 1816 after the suicide of Shelley's wife. They had several children, of whom only one survived.A ghost-writing contest on a stormy June night in 1816 inspired Frankenstein, often called the first true work of science-fiction. Superficially a Gothic novel, and influenced by the experiments of Luigi Galvani, it was concerned with the destructive nature of power when allied to wealth. It was an instant wonder, and spawned a mythology all its own that endures to this day.After Percy Shelley's death in 1822, she returned to London and pursued a very successful writing career as a novelist, biographer and travel writer. She also edited and promoted her husband's poems and other writings.When the brilliant but unorthodox scientist Dr. Victor Frankenstein rejects the artificial man that he has created, the Creature escapes and later swears revenge.