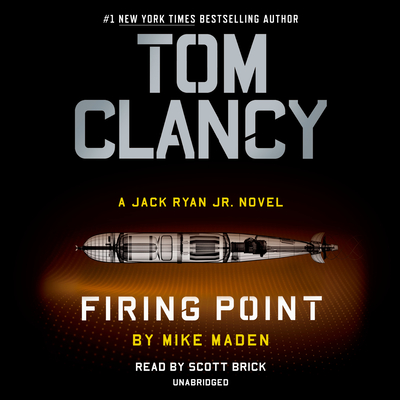 Jack Ryan, Jr. is out to avenge the murder of an old friend, but the vein of evil he's tapped into may run too deep for him to handle in the latest electric entry in the #1 New York Times bestselling series.

While on vacation in Barcelona, Jack Ryan, Jr. is surprised to run into an old friend at a small café. A first, Renee Moore seems surprised to see Jack, but then she just seems irritated and distracted. After making plans to meet later, Jack leaves, only to miss the opportunity to ever speak to Renee again, as the café is destroyed minutes later by a suicide bomber. A desperate Jack plunges back into the ruins to save his friend, but it's too late. As she dies in his arms, she utters one word, "Sammler."

When the police show up they are initially suspicious of Jack until they are called off by a member of the Spanish Intelligence Service. This mysterious sequence of events sends the young Campus operative on an unrelenting search to find out the reason behind Renee's death. Along the way, he discovers that his old friend had secrets of her own—and some of them may have gotten her killed.

Jack has never backed down from a challenge, but some prey may be too big for one man.

Tom Clancy was the #1 New York Times-bestselling author of more than eighteen books. He died in October 2013.

Mike Maden is the author of the critically acclaimed Drone series. He holds both a master's and Ph.D. in political science from the University of California at Davis, specializing in international relations and comparative politics. He has lectured and consulted on the topics of war and the Middle East, among others. Maden has served as a political consultant and campaign manager in state and national elections, and hosted his own local weekly radio show for a year.